July brought us a brief respite from the escalating trade tensions between the U.S. and China.  While the two nations have yet to reach an agreement, there has been a ceasefire on new tariffs (for now) and talks are expected to continue in September.

That doesn't mean this year's trans-Pacific peak shipping season will go on without a hitch, however.  The looming IMO 2020 low-sulfur fuel regulations which come into force on Jan 1 could cause disruptions as carriers ready their vessels and new fuel surcharges begin to take effect.  As we head into peak season, keep an eye out for blank sailings.

Now, let's take a look at some of the major events that happened last month in global trade and shipping.

Trump says he will seek U.S. trade accord with Brazil

Brazil and the U.S. are working on a free trade agreement, Trump told reporters outside of the White House on July 30. Marcos Troyjo, Brazil’s deputy economy minister for foreign trade, told Reuters his country has “ambitious” goals to facilitate trade and boost investment between the two countries, especially in infrastructure.

Here are 5 tips from SupplyChain 24/7 for minimizing negative effects from the China trade tariffs on your supply chain:

China's average tariff rate increases for US goods, falls for everyone else 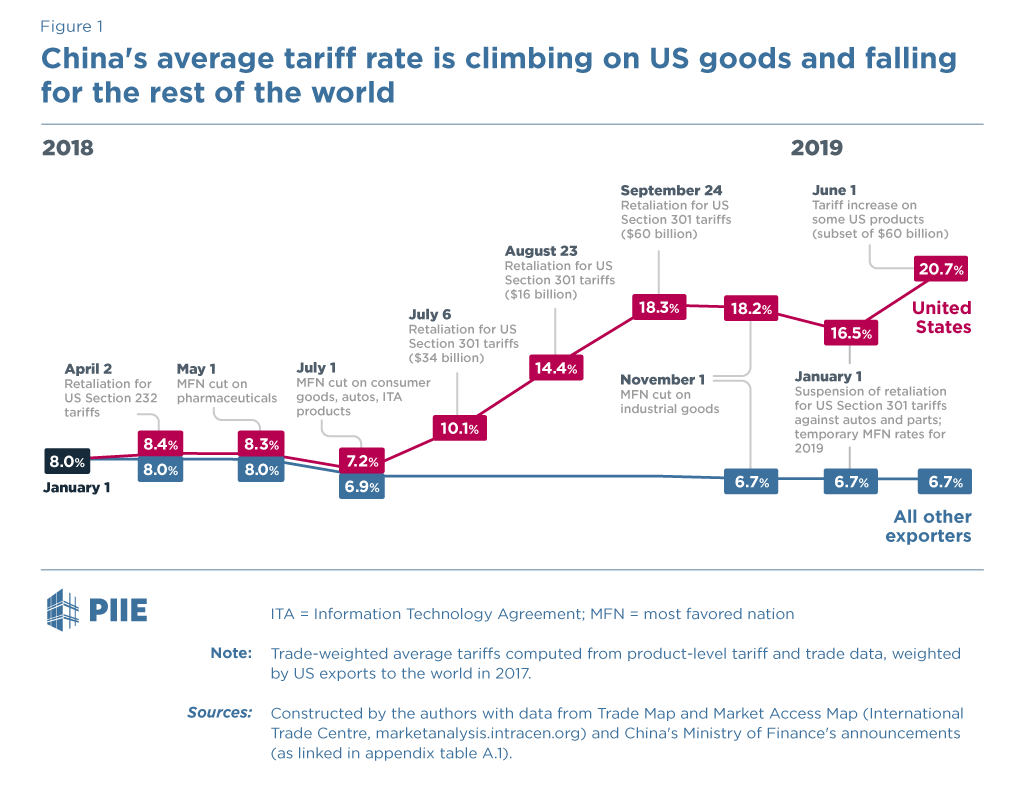 "China has increased tariffs on US exports to an average 20.7 percent. But also striking for American farmers, companies, and workers is that China has reduced tariffs on competing products imported from everyone else to an average of only 6.7 percent," the report stated.

Regulatory Updates from the USTR 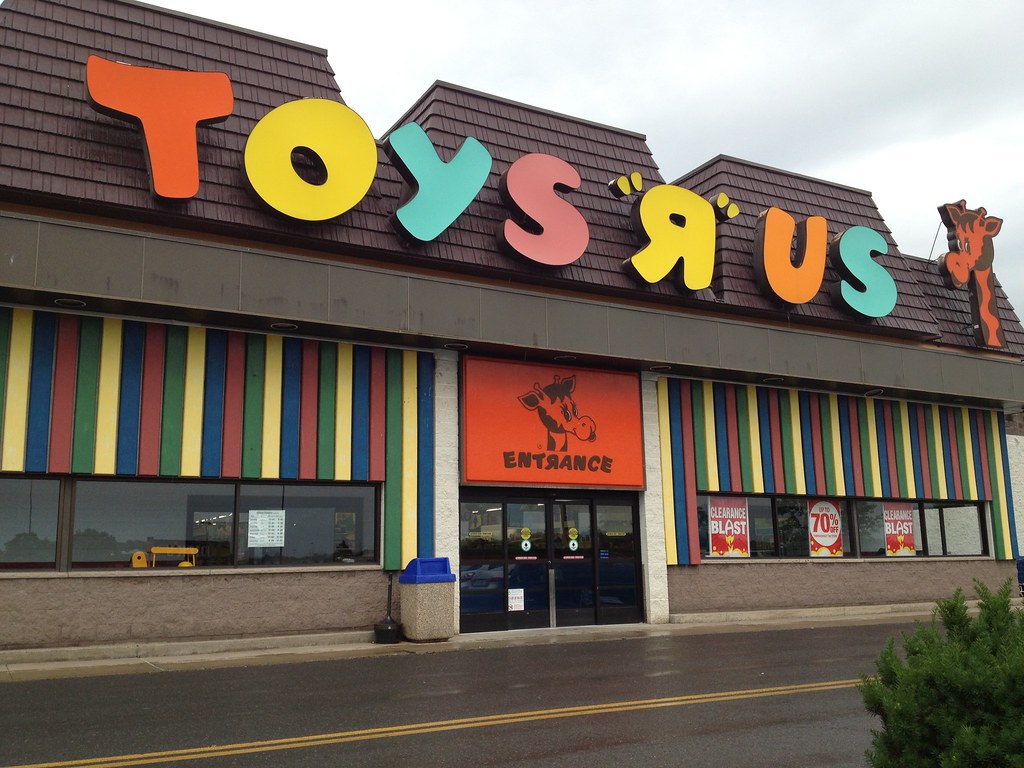 Toy 'R' Us announces first new stores, but you might not recognize them

The toy retailer is teaming up with next-gen retail and tech company, B8ta, to open two new stores this fall.  The stores will be small with toys on display for kids to play with and spaces for toy demonstrations and events, Forbes reports.

From Old Navy to Madewell: How sub-brands grow up to eat their parents

Some stores began as a way for retailers to expand their customer base. Then they took over. This story from Retail Dive explores what happens when sub-brands grow up to dominate their parent brand.

The car industry is "reinventing the wheel" to prepare for autonomous vehicles.

“Autonomous driving is a challenge for carmakers, but it’s a bigger challenge for conventional parts makers,” said Zhou Lei, a partner at Deloitte Tohmatsu Consulting in Tokyo. “They are striving to become the ‘five senses’ of the vehicle so they can remain relevant.”

This article from Transport Topics takes a look at some of the latest innovations in the space.

Support for Brazil's new pension reform bill is gaining momentum as it makes its way through commitee and on to Congress. The news has markets and investors celebrating!

On July 10, Brazil's lower house of Congress voted 379 to 131 to approve base text of the bill, clearing a major hurdle.

Despite widespread flooding, Louisiana was spared the brunt of Barry's wrath

The first hurricane of the 2019 Atlantic hurricane season, Tropical Storm Barry made landfall on July 13 on Marsh Island and Intracoastal City, Louisiana as a Category 1 hurricane before weakening back into a tropical storm.  Barry caused an estimated $500-900 million in damages.

A narrow shipping route in the Persian Gulf has become the center of rising tensions between Iran and the UK and U.S. after several oil tankers were hit with blasts in the Gulf of Oman.  Due to these maritime incidents, carriers have implemented a "war risk surcharge" for cargo bound for the Middle East and Arabian Peninsula (Bahrain, Iraq, Kuwait, Oman, Qatar, Saudi Arabia, United Arab Emirates, Israel, Jordan, Sudan).

Check out this article from BBC to learn more about the Strait of Hormuz and the current crisis in the Persian Gulf.

IMO2020: The ‘biggest change in oil market history’ is less than six months away

On January 1, 2020, the International Maritime Organization (IMO) will enforce new emissions standards designed to significantly curb pollution produced by the world’s ships.  With less than six months to go before the new rules on marine fuels come into force, this article from CNBC takes a look at the far-reaching consequences of the coming changes.

How will #IMO2020 impact shippers? Fuel costs are expected to rise around 20% for ocean freight. We will also see more slow steaming as carriers try to reduce their fuel consumption and lower costs. This could lead to longer transit times and schedule unreliability in Q1.

Everything you wanted to know about the chassis shortage explained in under 5 minutes, thanks to Ari Ashe from JOC.com.

The Panama Canal is thirsty. That's a problem for ocean carriers.

Check out this deep dive from Supply Chain Dive on the drought conditions impacting the Panama Canal. We've been following the draft restrictions throughout the dry season. This article takes a look at the economic impact of the drought on the canal and explores possible solutions.

US ports running smoothly ahead of expected ‘normal’ peak

🚢 Vessel space in Asia imports is expected to be strong in August through October, but year-over-year growth each month will be about 2 to 5 percent, JOC.com reports on this year's peak season expectations.

The Port of Savannah moved a record 4.5 million twenty-foot equivalent container units in the fiscal year that ended June 30, an increase of more than 305,000 TEUs, or 7.3 percent.

“Our ports are firing on all cylinders,” said Governor Brian Kemp. “This success is a testament to the men and women who work throughout our entire supply chain and make a difference for Georgia and the nation every day. Because of their commitment, our factories, farms and logistics providers are creating opportunity and prosperity in every corner of our state.”

UWL provides reliable land transportation services throughout the United States, with cross-border intermodal rail services to Canada and Mexico.  Our nationwide reach, vetted partners, and efficient, reliable service ensure that every move, regardless of size, is handled with precision and urgency.

Thinking about expanding your business into Brazil but not sure where to begin?

Our Sales & Ops Manager, Barbara Echelmeier, answers your burning questions about our Brazilian office, challenges of shipping to Brazil, and the benefits of choosing UWL as your Brazilian 3PL partner.