Even though February is the shortest month of the year, it was jampacked with important updates!  Congestion issues continued to plague ports along the east and west coasts, but several ports have taken corrective actions to improve the flow of cargo.

A lot of progress has been made in international trade this month.  The relationship between the U.S. and China has improved, and President Trump even delayed raising additional tariffs on Chinese goods. Trade discussions also continued around the USMCA and Brazil may propose "exploratory talks" for a free trade agreement with the U.S.

For details on these updates and more, keep reading our Monthly Roundup! 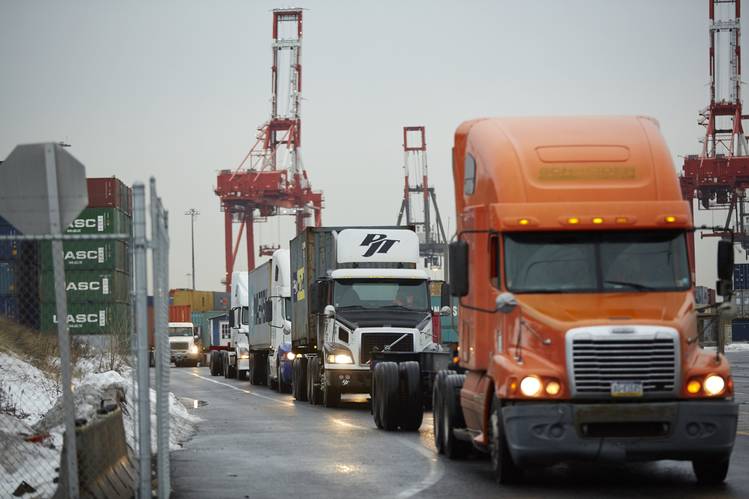 Congestion continued to impact the major gateways along the East Coast.
We got the inside scoop on what is going on in some of the hardest hit areas: Newark, Baltimore, & Chicago.

In response to congestion at the Port of New York and New Jersey, APM Terminals has taken some important actions to dig out of the backlog and they expect the facility to be restored to normal condition sometime in March.

For more info, check out our article on East Coast Port Congestion.

Brazil President Jair Bolsonaro is planning to visit the United States on Mar. 19 and, among other initiatives, will present to President Donald Trump the opening of "exploratory talks" for a free trade agreement between Brazil and the United States.

"It is important to note that this agreement will have great and positive effects on immigration between the two countries, facilitating the entry of companies from one country to another and also contributing to the reciprocal attraction of investments," said Carlo Barbieri, president of the Oxford Group.

North American leaders discuss the future of the USMCA 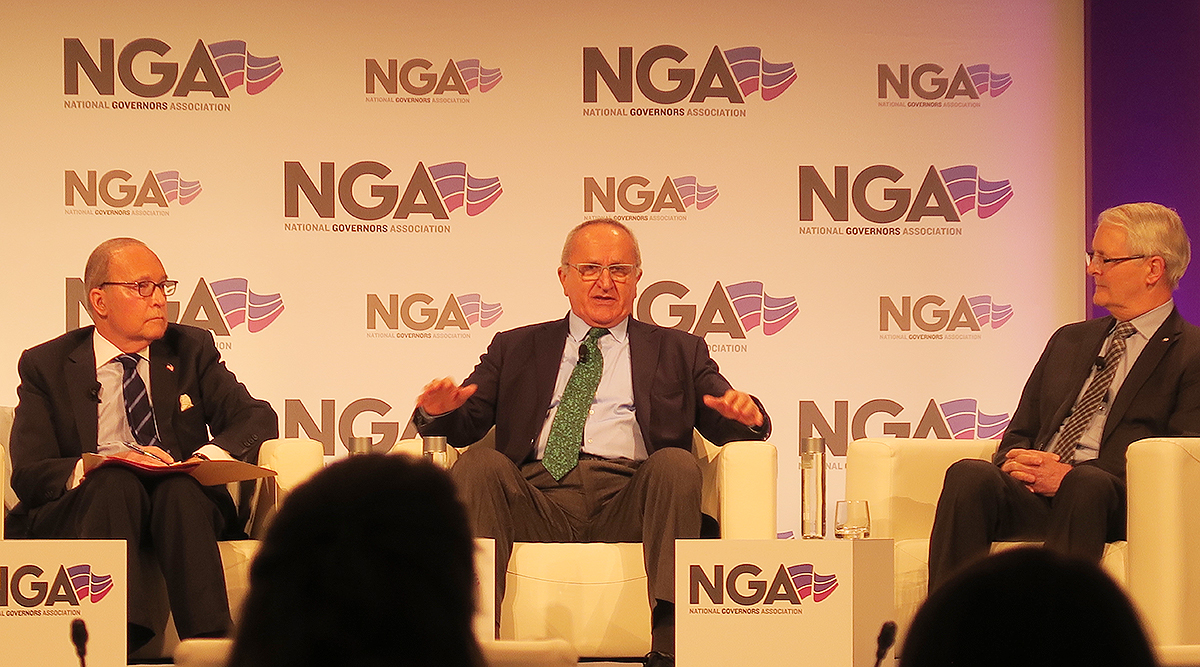 At the winter meeting of the National Governors Association (NGA), trade officials discussed the future of the USMCA, a treaty meant to replace the North American Free Trade Agreement. Larry Kudlow, director of the U.S. National Economic Council, projected that the USMCA will generate up to 100,000 new jobs, and could bring $62 billion in auto investment to the U.S.

However, Canada’s Minister of Transport, Marc Garneau, said the deal's tariffs on steel and aluminum could be a roadblock to ratification.

“If the tariffs on steel and aluminum are removed, Canada will move expeditiously towards the ratification of the USMCA,” he said. “We believe very, very strongly in it."

U.S. President Donald Trump announced that he will be delaying the implementation of increased tariffs on $200 billion worth of Chinese goods, citing that "substantial progress" has been made in trade talks between the two nations.

China Trade Deal (and more) in advanced stages. Relationship between our two Countries is very strong. I have therefore agreed to delay U.S. tariff hikes. Let’s see what happens?

Trump also said that a summit at Mar-a-Lago will be planned "to conclude an agreement." However, he gave no details on when this summit would occur, or if there will be a new tariff deadline.

President Trump signed a mini-omnibus bill on Feb. 15 which required the creation of an exclusion process for the third tranche (List 3) of Section 301 tariffs on Chinese goods.

Previously, the USTR had declined to establish such a procedure for the List 3 tariffs until they were to rise from 10 percent to 25 percent.  Now, the USTR has until Mar. 17 to create an exclusion process for List 3, which should be very similar to the product exclusions from earlier rounds. Once implemented, importers will be able to request exclusions of products on List 3 subject to Section 301 tariffs.

The International Trade Commission (ITC) has posted the 2019 Basic Edition of the U.S. Harmonized Tariff Schedule. Most changes went into effect on Jan. 1, even though the government shutdown delayed the official posting until early February. 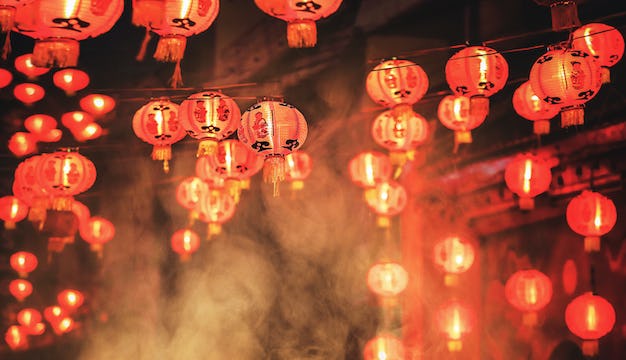 Did you know that more than 20% of the world celebrates Chinese New Year?

During the holiday, which began on Feb. 5 this year, factories in China shut down for several weeks, and many people travel to reunite with their families or take extended vacations.

2019 is the Year of the Pig.  In Chinese culture, pigs are the symbol of wealth.

According to the Brazilian Chemical Industry Association (Abiquim), chemical imports to the Brazilian market increased by 13% in January compared to the same month last year. In total, $3.6 billion USD was spent on purchases of chemicals products. Month over month growth from December 2018 to January 2019 was 7.3%.

As the deadline for Brexit looms, customs issues have emerged as a likely source of distruption if no deal is reached.  Customs organizations in Europe were prohibited by Brussels from contacting Her Majesty’s Revenue and Customs (HMRC) until just a few weeks ago.  The lack of communication between the two organizations has prevented them from jointly preparing for Brexit where, if no deal is reached by Mar. 29, Britian will immediately leave the EU.  Customs issues resulting from a no-deal Brexit could cause major bottlenecks at the ports of Calais in France and Dover in the UK.

To give businesses more time to prepare for changes in EU-UK trade arrangements, HMRC confirmed on Feb. 19 that it will temporarily maintain the status quo for EU imports for six months after the Mar. 29 deadline, if the UK leaves the EU without a deal.

"We have been adamant that in the event of no deal, trade must continue at our borders, and we will continue to make our borders secure," said Financial Secretary to the Treasury Mel Stride.  "Maintaining continuity with the current system for the first six months and phasing Entry Summary Declarations in will ensure we deliver on that promise."

Exciting developments are happening in The Port of Virginia's Virginia International Gateway (VIG) expansion project.  The terminal has completed work on its stack-yard and container stack No. 1 is now up and running.

“Our turn-times for motor carriers are improving, there is better flow at our gates and our service levels are trending in the right direction," said John F. Reinhart, CEO and executive director of the Virginia Port Authority.

“No other single container terminal in North America has the ability to expand berth capacity at this rate,” said Lynch.

Currently, Savannah’s Garden City Terminal is equipped to handle two of these vessels and, by April of this year, that number will increase to three.

The PANYNJ Port Authority completed work on the 1,651-foot-long, four-lane roadway on the main span of the new Bayonne Bridge this February.  The $1.7 billion Bayonne Bridge project began in December 2010, which raised the bridge from 151 feet to 215 feet, allowing ships as large as 18,000 TEUs to travel under the bridge. Since the bridge was raised, 20% of all containerized cargo at the port is carried in on vessels with the capacity to handle 10,000 TEUs or more, up from 4% before the raising.

Conditions at the Port of Los Angeles-Long Beach have begun to improve due in part to blank sailings and a decline in containerized imports during the Lunar New Year.  Dwell times at APM Terminals in Los Angeles are back down to two days.

Chassis availability is also improving.  Senior vice president and chief operating officer at Direct ChassisLink Ron Joseph told the JOC that, "the number of chassis tied up at warehouses in Southern California is down by 2,000, and the number available to terminal operators is up by about the same amount." 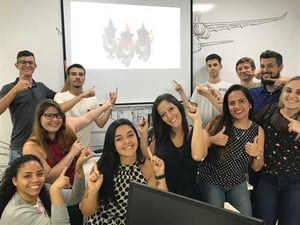 Need help importing or exporting freight between the USA and South America?  We're on it!

UWL Brazil is an extension of UWL USA, with local offices in Itajaí and São Paulo.
Our owned office locations and experienced team members on the ground in Brazil make UWL the perfect logistics partner for growing U.S. businesses looking to break into the South American market.

Our vast network here in the states also makes us a great partner for Latin American companies looking for reliable shipping solutions from South America to the United States.

Pictured left: Our UWL Brazil team is ALL IN on EOS and the Buffalo mindset! 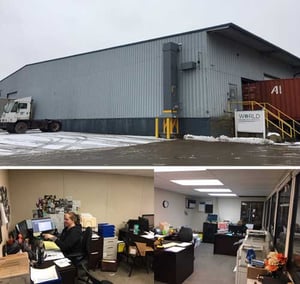 We moved!  New location for our WDS Cleveland Warehouse

Our WDS Cleveland team has completed its move to a new location at 6465 Eastland Road in Brook Park, conveniently located near the Cleveland Hopkins International airport.

Learn more about our Cleveland warehouse >>

Casual clothing but serious and genuine core values, come and visit with UWL.  We have opportunities across the U.S.