Can you believe it's almost Thanksgiving?! This year has just flown by. Before we get into the freight Market Updates, we want take a moment to express our heartfelt gratitude for YOU! We are so thankful to have you as a subscriber, thank you for trusting in us to help you navigate today's supply chain environment. Now, onto the news! Here are 5 stories to read before Thanksgiving Break.

1. Update on Port of Vancouver: Delays Due to Severe Weather, Flooding

Officials are still working to restore intermodal service after severe weather and flooding cut off all rail access to the Port of Vancouver. Even with progress made so far, rail providers estimate service to and from Vancouver will not be restored until the middle of the week. Expect delays as a result. Some cargo could be diverted to Prince Rupert or Seattle-Tacoma if necessary. Please note: In addition to rail delays, local and regional trucking may also be affected as parts of the province's highway network may also be impacted by flooding.

The San Pedro Bay Ports have yet again postponed the "Container Dwell Fee" for another week.  The fee was originally announced at the end of October with an effective date of Nov. 1 but it has thankfully been pushed back now several times. According to a recent update from the Port of Long Beach, the amount of long-dwelling cargo on the docks has dropped 33% since the fee was originally announced, so it appears the mere threat of the fee is having it's desired effect.

3. Check out Dale Young on FreightWaves What The Truck?!? Podcast

#ICYMI Our very own Dale Young, VP of our warehousing & distribution division, World Distribution Services, was a guest on FreightWaves What The Truck?!? Podcast with Dooner and the Dude. Dale discussed ecommerce during peak season, our new warehouse in Linden, NJ and shared a bit about our partnership with Edesia Nutrition and their mission to end malnutrition. Watch it at the link below, Dale appears around the 20-minute mark. 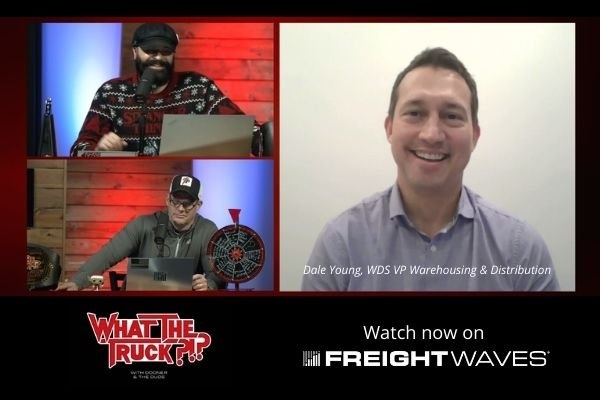 With Black Friday right around the corner, congestion is putting a damper on air cargo. Disruption in the ocean freight market led many shippers to convert their sea freight to air. That, on top of the traditional peak season rush to get cargo to stores for the holidays and an increase in small consignments from e-commerce, has overwhelmed airports around the world. The congestion has highlighted a need for investments in cargo handling equipment and ground handling labor to deal with increased airfreight volumes.

The pandemic also changed flight patterns which has lead to scheduling challenges and increased rates on some routes. In China, some airlines have recently favored more ad-hoc chartering practices and have cancelled scheduled flights, causing some scheduling difficulties and higher rates. We're doing everything we can to navigate around these challenges and keep your cargo moving. Contact us with any questions or concerns.

5. US DOT Awards Nearly $1 Billion in Grants for Infrastructure Improvements

Good news: On Friday Nov. 19, the US Department of Transportation announced that the Biden administration will be awarding close to $1 billion dollars in federal grants to support 90 projects "that help create safe, sustainable, equitable, and climate-friendly infrastructure." The funds, through the Rebuilding American Infrastructure with Sustainability and Equity (RAISE) discretionary grants program, will help to improve some of America's roadways and transportation corridors to alleviate congestion issues. A few of the programs include improvements to the West Florissant Avenue Great Streets in St. Louis, MO, the construction of a "cap" to I-75/85 in Downtown Atlanta, and an upgrade to the East Marginal Way corridor in Seattle.

And that's a wrap! We hope you have a wonderful Thanksgiving and get to kick back and relax with your families! We'll be keeping an eye on these stories and will share updates on LinkedIn, so be sure to follow us there if you haven't already. If you have any questions or concerns about any of the updates above, don't hesitate to contact us.