The PierPass OffPeak Program for extended gate hours at the Ports of Los Angeles and Long Beach is changing.  PierPass has overhauled its incentive-based truck traffic mitigation program and has moved to an appointment-based system that uses a single flat fee on both daytime and nighttime container moves, the organization reports.

PierPass to move from congestion pricing model to appointment-based system

In 2005, PierPass created the OffPeak program in an effort to relieve severe congestion in and around the ports of Los Angeles and Long Beach. OffPeak established new night and Saturday shifts during which trucks could move containers to and from the terminals.

After the success of OffPeak, port users have requested changes to improve the current program to increase its flexibility and address the issue of "bunching up of trucks" that happens before OffPeak shifts begin. 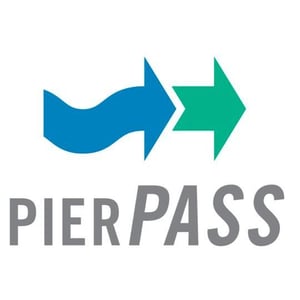 “The industry has been demanding ‘PierPass 2.0,’ and we are responding,” said PierPass President John Cushing. “The original OffPeak program was an innovative and highly effective solution to the challenges we faced in 2005. But it was fairly inflexible, whereas an appointment-based model is scalable and can evolve to meet changing industry needs, technology and practices.”

The Traffic Mitigation Fee currently charged only on Peak cargo moves will be replaced by a lower fee that is constant across all hours of operation.

The shift to "PierPass 2.0" is expected to be relatively smooth. Most trucking firms serving these ports are already familiar with PierPass or already operate in terminals that use appointment-based systems.

The terminals have also agreed on common appointment windows and common last appointment times for each shift.

The Federal Maritime Commission (FMC) cleared the launch of this program on November 15th.

Below is a summary of changes from PierPass:

Beginning Nov. 19, all marine container terminals at the Ports of Los Angeles and Long Beach will require appointments.
Appointments are to be made through the terminal systems, not through PierPass.
Terminal appointment system information is at http://wcmtoa.org/appointment-systems/.

Flat TMF Across All Hours

The TMF previously charged only on Peak (weekday daytime) cargo moves will be replaced by a reduced fee that is constant across all hours and days of operation.

No Change in Type of Containers Subject to TMF

There is no change in the types of cargo will pay the TMF.  The following moves will remain exempt from the TMF:

The appointment window—the time span between the earliest and latest times a truck can arrive for an appointment, including grace periods—will be two hours for all appointments.

At all terminals, the last appointment times of the day will be 3:30 p.m. on the first shift and 1:30 a.m. on the second shift.

How to Register with PierPass

Cargo owners moving containers into and out of the ports by truck gate and who aren’t already registered with PierPass can do so at https://www.pierpass-tmf.org/.

For more information, check out this Q&A document from PierPass or visit pierpass.org.