There are a lot of moving parts working in harmony to transport your shipments across the globe. The focus is often on transit times and rates, but there are also many risks and problems that can arise along the way.

At UWL, every effort is made to ensure the safe delivery of your goods, but sometimes unforeseen loss or damage does occur. That's why we recommend shippers protect their products in transit with Cargo Insurance.

Why do I need Cargo Insurance? 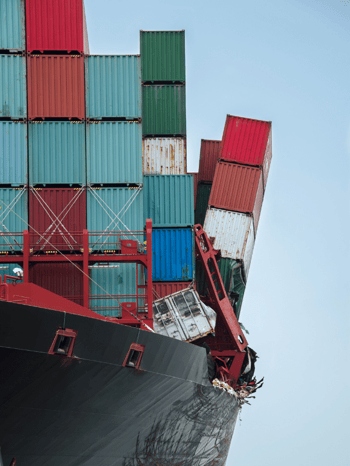 What can go wrong in transit?

From natural disasters and accidents at sea, to strikes and other conflicts, there are many outside factors that can impact the delivery of your freight to its final destination.

Cargo insurance gives you peace of mind and reduces your exposure to these financial risks.

*Note: These risks are typically not covered by Carrier's Liability Insurance.

Storms, shipwrecks, and explosions happen. In the event of an accident, even if the vessel is saved, many containers may be severely damaged. Bad stowage and shore error are the largest contributors, and can result in physical or temperature related damage.

This article by gCaptain shares photos some of the worst containership accidents in recent history.

According to a 2017 survey of ocean carriers by the World Shipping Council (WSC), an average of 1,390 containers are lost at sea each year based on figures from between 2014 to 2016. This number includes ‘catastrophic events’ where more than 50 containers are lost during a single event.

However, the number of containers that have been lost overboard has actually risen considerably in recent years. In fact, more than 3,000 shipping containers fell overboard in 2020. And as of April 2021, over 1,000 boxes have fallen into the ocean so far already.

Why are incidents of containers going overboard on the rise? Weather is becoming more severe and unpredictable and new mega vessels are often being loaded to maximum capacity. Those two factors combined puts increased risk to cargo in transit and unnecessary strain on your supply chain.

Cargo theft, especially through identity theft and fictitious pickups, is also on the rise, not to mention piracy, which is a major risk to modern international shipping.

The Loadstar reported that almost €500,000 ($600,305) of goods were stolen from EMEA [Europe, Middle East and Africa] supply chains every day in 2019 and 2020, according to new data from the Transport Asset Protection Association (TAPA).

And in the U.S., cargo theft is a $15 billion to $30 billion a year problem according to the Federal Bureau of Investigation.

What is General Average?  When a ship is in danger — for example, a fire, stranding, or other incident — the ship's Master/shipowner may need to take action to preserve the safety of the ship and its crew, which could include jettisoning cargo overboard, emergency repairs or other action which may damage cargo.

When a carrier declares "General Average", all stakeholders, including cargo owners, must pay their cost of saving the vessel and cargo - even if their own cargo is not affected.

If you're insured with UWL's Policy, the insurance company will issue an Average Guarantee and you will provide an Average Bond. This assures the prompt release of your cargo while your insurer takes care of the General Average contribution.

Without adequate insurance, the adjusters will likely request a cash deposit from you of a proportion of the value of your cargo, and your cargo will be held in trust until you have paid your part — which can take months or even years.

Get Peace of Mind with Cargo Insurance 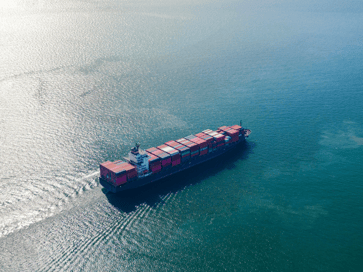 Having a solid Cargo Insurance policy in place can help you navigate, respond to, and protect your bottom line from common risks to your cargo in transit.

When a problem arises, the uncertainty of not knowing the situation with your cargo can be overwhelming. Additional delays in retrieving cargo, handling claims, and navigating complex marine insurance processes further compound this.

If you're insured, you know that your cargo will be released promptly with the appropriate securities. Insurers will assure that claims are handled smoothly, swiftly, and you will know that your interests are being properly protected.

Contact us to add Cargo Insurance to your shipments today.